In the past month, four fathers have committed suicide in divorce proceedings and divorced fathers who have been estranged from their children. Ronit Dror, P.H.D writes on the muted phenomenon of the state. 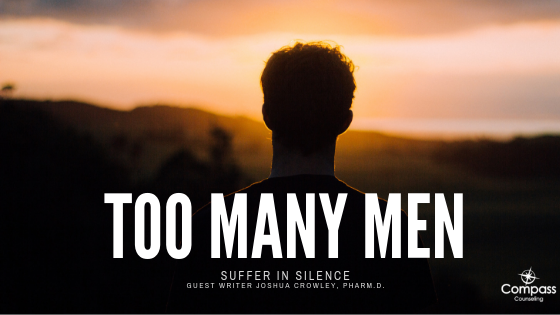 In the last few weeks every time I open Facebook I am tagged in a post about another dad who committed suicide. I get messages about families wanting to talk to me. This week I was approached by another dad’s brother who told me they just finished mourning him. He left behind two children. Last week, a friend, a social worker, told me about a family member who committed suicide. Two weeks ago, a father from the settlement of Elad committed suicide. Less than a month ago, two fathers from the south committed suicide. One from Beer Sheva and the other from a small community that I would not want to reveal. Each of these fathers has children who have been orphaned. Each of these fathers is a member of a normative and warm family. They are all well-settled people. Period.

This is the dark and terrible secret of Israeli society today. An unfolded secret to many who do not point a finger to prevent it. Whole systems cooperate with women who have unreasonable power to abuse their spouses in unbearably difficult divorce proceedings. Indeed, in Israel, many men report that they are going through the divorce process as an unbearable path of anguish backed by abusive and one-sided laws.

Ranging from false complaints to the police that usually result in the immediate removal of the father from the children and the home without checking the correctness or truthfulness of things. As a result, a week’s restraining order petitioned just by the plaintiff and protection orders for three months or more are given in Court. Investigations. Arrests. Dealing with allegations of violence / sexual assault in Courts. Unreasonable alimony amounts do not allow many to have the ability to support themselves and/or recover from divorce. Execution claims include sanctions of arrests, revocation of driver’s license, delays in leaving the country, and more.

A man who was a completely normative father just before he divorced, suddenly becomes dangerous, incapable of parenthood, and a criminal. Not to mention harming their personal and professional dignity and dealing with the new perception of who they are as men, fathers, spouses, and in general as citizens in society. This situation experienced as dealing with an impossible reality causes many to deal in a way of “fight or flight” depending on their resources. Fathers who run away and disconnect from their children are judged for incompetence and failure to take responsibility while fathers who fight for their children are accused of being dangerous and violent.

Indeed, in the last decade, since I was exposed to harm resulting from this blatant gender bias, I have seen that the one who escapes and chooses suicide is the one who fights for his children and is cut off from them. Studies show that men commit suicide four times more than women. And divorced men commit suicide seven times more than married men, but this is an underestimation because some are still registered as married, divorced, or single since they lived with a spouse or it is the theft of sperm, which is also a phenomenon that has begun to become common in our districts.

Ignoring this phenomenon is the worst of them all. The media’s avoidance of publishing the phenomenon and conducting investigations on the subject is a default. The silence of the systems and the agreement that children will be orphaned due to paternal suicide is unbearable. The continuation of the draconian laws against men, such as the electronic restraint law that Knesset members are fighting for, is a disaster. The silence of all belief systems for concern for the entire public, from the Ministry of Welfare, Health, Law, and Justice to the media that fills its mouth with water when it comes to men is a crime against humanity.

This week I was also tagged in a post about a mother who committed suicide following parental alienation and poor system care. And yes, let there be no doubt to anyone. There is a direct link in the lack of professionalism in dealing with domestic violence on every issue and especially in the lack of empathy and humanity, we have lost for men, which has undoubtedly started to hurt women as well.

Ronit Dror P.H.D is an activist for gender equality and treats IDF invalids through the Ministry of Defense.

3 thoughts on “Within a month: Four men divorced or in divorce proceedings committed suicide”